Grim was the world and grey last night:
The moon and stars were fled,
The hall was dark without song or light,
The fires were fallen dead.
The wind in the trees was like to the sea,
And over the mountains’ teeth
It whistled bitter-cold and free,
As a sword leapt from its sheath.


The lord of snows upreared his head;
His mantle long and pale
Upon the bitter blast was spread
And hung o’er hill and dale.
The world was blind, the boughs were bent,
All ways and paths were wild:
Then the veil of cloud apart was rent,
And here was born a Child.

The ancient dome of heaven sheer
Was pricked with distant light;
A star came shining white and clear
Alone above the night.
In the dale of dark in that hour of birth
One voice on a sudden sang:
Then all the bells in Heaven and Earth
Together at midnight rang.

Mary sang in this world below:
They heard her song arise
O’er mist and over mountain snow
To the walls of Paradise,
And the tongue of many bells was stirred
in Heaven’s towers to ring
When the voice of mortal maid was heard,
That was mother of Heaven’s King.

Glad is the world and fair this night
With stars about its head,
And the hall is filled with laughter and light,
And fires are burning red.
The bells of Paradise now ring
With bells of Christendom,
And Gloria, Gloria we will sing
That God on earth is come."


Posted by Ebeth No comments: Links to this post Ah, the cooler breezes and the colors. The absence of most of the pollens that drives me running inside and staying there for months.  Spring is beautiful in her awakenings and fresh new starts, summer is hot and hazy with some rain to give much deserved refreshment and the fun outdoor activities.  The beaches, the forests, the bright sunshine, the boys of summer games. Winters are harsh to the skin and lungs to be true.  Depending on where one lives, however, winters can be a much cooler reprieve from the summer months.

1Thessalonians tells us to "Give thanks in all circumstances; for this is the will of God in Christ Jesus for you."(1Th 5:18)  That includes the seasons that He provides us.  For every season has a purpose and blessings.


Halloween night my husband and I spent the evening at our daughter's home with our little grandson.  A neighbor from next door hung with us as well.  At one point, she, an older lady and widow of many years, told me that she didn't like fall, "It just makes me think of death, everything is dying and I just don't like it.  I like spring and summer best."  That made me sad, it's hard to hear someone say they don't like something that is so dear to you, you know?  Autumn, or more readily referred to as fall, is the fall of one thing to make way for another. The phoenix needing to be refreshed and renewed.    Without this renewal we could not have the spring and the freshness of new life. 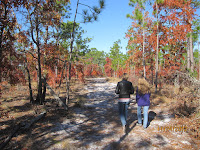 Not to correct her or cause negativity further, I left it alone..  My thoughts are my thoughts and not another one's.  Maybe we need to think like this more often in life.   Not everyone thinks the same way and that is really what makes life interesting.

Anyway, this is my beloved season and I want to enjoy it for all it's glory, colors, smells, and cool breezes...without the pollen!

A young "old soul" in our midst

Becoming a Grandmother, being the Mother of a Mother

June 7, 2017 was the day my world changed forever.  I was not prepared for this change like so many friends and relatives told me it would be.  Oh, I knew it was going to happen, we all had months of warning.  But, this new individual, this new addition to our family was not going to change my life much.  “How is my daughter having a baby going to really affect me?” I would argue, I mean, she’s having the baby.  I basically had no idea. 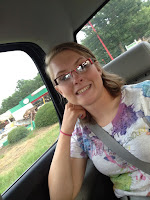 Our daughter, married only one year when she gave birth, had her baby at home with a midwife.  If there was anything that deeply affected me, it was my fear for my child with a birth plan like this!  Luckily, she realized my fears for her safety, so about three months before her due date she began to educate her father and me.  She also had me come to the doctor appointments and hear the baby’s heartbeat.   Those appointments always made me cry, new life within is just wonderous.

Her father is a scientist and medical researcher, so hospitalization and childbirth go together without doubt.  All three of our children were birthed at a hospital with an MD, IV’s, Pitocin, and an epidural.  “Childbirth,” our daughter told us, “is not a medical procedure.”  Ok, let that sink in, I’ll wait. 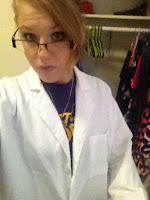 When the day came, she texted me about 10 am that she was experiencing some sporadic contractions and by noon, I was telling her to contact her midwife.  She did and got her husband informed.  She went into full blown labor about 7 pm and both were with her.  She didn’t want me there…for whatever reason, but I respected that and stayed home and prayed to St. Gerard.  At midnight, she gave birth to our first grandchild, James.

The day my daughter gave birth to her own child, was the day I lost my job as a mother to her.  But, not really, with all my experience as a mother, she knew I knew a few things and was open to my help.  Even during her pregnancy, when she was sick all the time and being a senior in college studying, she looked to me for help.  Her degree was in biology, so she had long lab hours and found herself with an empty stomach, dry heaving in the bathroom.  I took her to Sam’s and bought her crackers to put in her backpack to keep her going.  I was sick for all my pregnancies and she knew that. 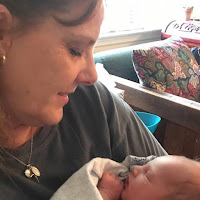 James came out into the world perfect in just 7 hours of active labor and for the next few weeks was the crankiest little newborn.  There again, our daughter sought me out for help, holding him, giving her a break and listening to her concerns and assuring her that she is doing a great job.  Over the next several months she and little James blossomed into their roles as mother and son beautifully as I stood in the background watching. 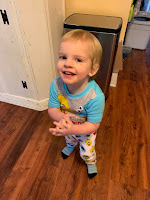 My life has changed indeed.  To my surprise, I have an active role in both their lives as a mentor, mother, and now grandmother.  James is 2 years old now and his vocabulary is mounting steadily, if not sprinting with my husband being called “boppy” and me “mommy”.  Our son-in-law laughs at that, since our daughter is mommy as well.  I bake him cakes and cookies, make him lunch and put him down for naps with a snack.  He has crocheted afghans, quilted blankets (he calls “beebee”) made by me, and the Carter store in town knows me by name.  It’s all good!
Posted by Ebeth No comments: Links to this post

Celebrating the Privilege of being a Woman...and a book worth reading 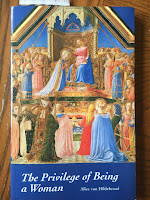 
Privilege:  1  a right, advantage, favor, or immunity specially granted to one, esp. a right held by a certain individual, group, class and withheld from certain others or all others.

The advantage of being privileged is that I do not have to work to achieve womanhood.  Webster’s Dictionary defines achieve as;

So, I don't have to reach by exertion to be a woman, I don't have to succeed at being a woman, I AM a woman. I have enjoyed and suffered womanhood without having to work hard at attaining equality to women.   My desire is not to be like a man, that's not a privilege that's an achievement and it's an achievement that you have to work extremely hard for and I’m not sure that the payoffs are so great at the end.   The privilege of being a woman comes with a price, sure, it comes with a responsibility of my striving to be the best woman I can possibly be

Celebrating being a woman today, and every day, to me and in God's eyes, is celebrating my womanhood, my motherhood my being a wife and my relationship with my husband, a daughter with my parents, the feminine genius that I have been gifted with and my appreciation for the role I play in life without having to be equal to a man.

It is a proven fact that children raised by both their mother and father excel in life far better than their counterparts from single parent homes.   Those with fathers who take them to church continue to be members of a church community as adults.   I have never tried to be a father, I've always been mom.   I don't know what it's like to be a man, to be inside a man’s head, think the way a man thinks.   I don't know what that's like and it is not for me to know! What it is for me to know about man is that man needs to be loved by a woman, be supported by a woman, be nurtured and cared for as a human being.  He needs woman to walk along side with; but not overtaken by or ruled over, but a community of love and concern and family

The privilege of being a woman that I am celebrating, is my place in the world as a woman.  This is what I think today is all about, but the modern women of feminism have truly lost their grip on their purpose.  They have turned away from the silent power of womanhood and transferred it to the achievement to being equal to man, of beating man, overwhelming man, exceeding man thus being as good as man.  With this as the new goal, modern feminists are relinquishing the power and the privilege that is their God-given gift so needed in the world today.  Theirs is a useless game  that proves nothing but robs woman of her true role and worth in the world.   GK Chesterton said and I quote “Cleverness shall be left for men and wisdom for women.”  from his book "What is wrong with the world" pg 144.  Being a woman means being part of man; it means being with man, alongside man, helping man, partnering with man; but not being man nor is it being equal to man.

The Privilege of being Woman needs to be revisited by the modern feminist with open eyes and an open heart.  Her power is within her and it needs not be belittled or ignored, or even made base against the role of the male.  Her feminine genius surpasses all understand at times and can save the world when called upon.

Wives, submit to your husbands!

https://youtu.be/X6vYCmApyrA
Posted by Ebeth No comments: Links to this post