A Birthday, a deathday, and bluegrass for both 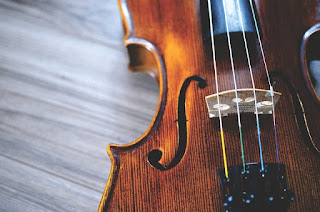 Rebecca’s first year of life was spent in the doting arms of her paternal grandparents as I went back to work. The many pictures of Rebecca with her papaw playing, cooing, and smiling from ear to ear on his lap are immeasurable. She talked more about her papaw than anybody else, he even taught her how to write her name when she was three.
When Rebecca was four, at a family reunion, The Quebe Sisters, (2nd cousins, twice removed) fiddling everything bluegrass, introduced her to the violin and the music. Soon she was mastering her own fiddle, playing everything from "Turkey in the Straw” to "Orange Blossom Special". Her grandparents loved her concerts.  As country dancers, square dancers, and "Grand Marchers" from way back, having their granddaughter playing these songs was a real treat for them.

A few years later, papaw suffered a stroke. In the hospital, Rebecca would sweetly butter his roll for him, hold his hand, and covered all the walls of his room with her artwork. Eight years later, when the time came for his passing, it was in the early morning hours on Rebecca’s birthday.

Many told Rebecca how sad that her grandfather died on her birthday. I heard someone say to her, "That sure wasn't fair, was it?" She didn't say much. I thought about this and remembered how impressed I was when Norman Vincent Peale, the great author/speaker of "The power of positive thinking" and "Expect a Miracle" died on Christmas Eve, some years ago. Both Thomas Jefferson and John Adams, fathers of our country, died on the same day hours apart on the 4th of July, and my great uncle, Fr. Samuel Haughton, died celebrating Midnight Mass on Christmas Eve. Countless other death date coincidences that are only known by those touched by their timing prove that there is something to my theory. 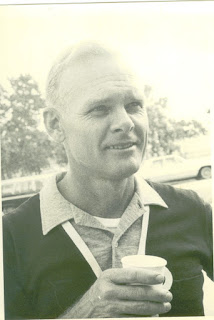 At her papaw’s funeral, Rebecca played "Lover's Waltz" by Jay Ungar. At the graveside service, she played "Tennessee Waltz" and as the veterans' flag was folded and presented to her grandmother,” Faded Love”. She played perfectly despite the events and her young age of 13. As she bowed the last note of Faded Love, I saw her quickly and quietly fall apart. Large "crocodile tears" streamed down her face without a sound. There had been no time to weep before.

Explaining to my daughter that this was not a sad coincidence, I told her that soon after she was born, I went back to work and her grandparents volunteered to baby-sit. What joy and love they had for her, so when it came time for Pawpa to go to be with Jesus, her special day was the best pick. A glimmer of brightness came over her face as she realized what I had said.


Rebecca’s papaw deeply loved family and his special bond with his granddaughter will stay with them both forever. As our daughter celebrated her 13th year of life, her grandfather celebrated his first day in eternity.
Posted by Ebeth

What a great story!